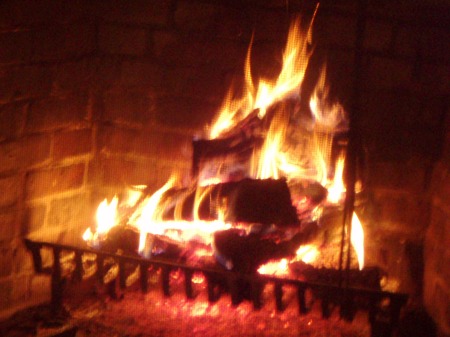 A young man had come to a decision. “I will not be attending Church. I need to stand on my feet, and be a Christian my own way.” He was quite adamant about this, and his young wife hadn’t the slightest about what to do. It seems he had grown somewhat hard and coarse over the last few months. He had quit attending services for the last few Sundays.

She had made a discreet call to their pastor; she also prayed for her husband. “What else can I do?” she thought. “We really need to go to church.” She went about her busy morning, washing clothes, and tending the fire. “Somethings are best left in God’s hands” she said to no one in particular.

That evening was chilly and a fire was banked up quite nicely. The little house was cozy and ready to be “buttoned-up” for the night, when there was a knock on the door. It was the pastor, smiling and holding his hat. “Good evening. dear ones– someone told me you had a nice fire to sit by.”

“Come in, Reverend; please, come and sit,” the young husband said. He was not really enthused by the pastor’s sudden and unannounced visit, but he was polite. Removing his coat, the pastor sat in big wing-backed chair by the fire. He was quiet. No one said a thing. They just watched the flames.

The silence continued for some time; no one saying a word. Suddenly, the pastor popped up and grabbed the black iron poker from its spot by the fireplace. Poking at the sizable bed of coals, he managed to drag a single coal from the fire bed to the hearth. He separated it from the rest of so it burned on its own.

Still, not a word was spoken. Everyone just sat and watched this isolated coal burning on its own. In just a short time this glowing coal had become a dying ember. No one spoke. The pastor guided the once bright coal back into the hottest part of the firebox where it blazed up immediately. “Well, it’s late and I best be going,” said the quiet guest.

“Thank you, Pastor, for everything. We’ll see you Sunday morning.” said the young man. 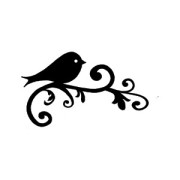 25 “And let us not neglect our meeting together, as some people do, but encourage one another, especially now that the day of his return is drawing near.”

“The Greek work for church, ecclesia, is made up of a prefix and a root. The prefix is ek – out of. The root is the verb coleo, to call. The church in the New Testament is made up of those who are called out from the world, from darkness, from damnation, from paganism, to become members of the body of Christ.”

2 thoughts on “A Singular Coal”