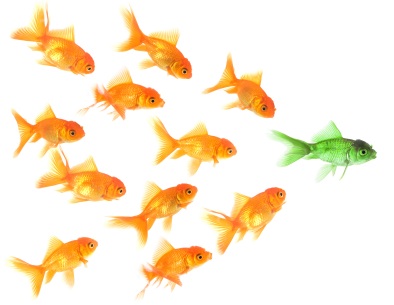 Jesus called out to them, “Come, follow me, and I will show you how to fish for people!”

The invitation to these fishermen was a ‘call’ to Himself.

This is critical for us to note.  Jesus is not directing them to a broad set of religious ethics.  He is calling them to follow Him.  He is the exclusive Savior of everyone who needs a Savior.  We follow a man, not an idea.

There is also the intertwining of two distinct issues: That of evangelism, and that of discipleship.  The church for centuries has split these two, allowing them to be seen separately, and it hasn’t been healthy. These two distinct callings are to be welded together as one.

Typically we are focused on one or the other. People will gravitate to their giftings or temperament. But there is a potent strength when discipleship is paired with evangelism. We need disciples who can evangelize; and evangelists who are also disciples.

Jesus seeks people who will connect with Him.  He was looking through the throngs of those on the lake shore.  He probably watched several people before making His decision to extend His call.  He needs followers, like a steam engine needs coal.  I’m sure there was other possibilities.  What a joy though, to be asked to follow Him, by Him!  How empty life would be to decline on His offer and go back to the fishing nets.  I guess you can know too much, and it “ruins” you forever.

There is a sense of the comedic here in His call.  Jesus is suggesting that He will be teaching these veteran fisherman how to fish.  It’s apparent that these wizened men of the sea, had been fishing since they were mere boys.  Jesus essentially orders that Peter and Andrew stop what they were doing and follow, now.  Jesus would teach them “human fishing”– catching men!

By following, their old way would be forfeited.  They could not do both, (but they did try and once even followed Peter back to the old life).  But a separation happens as hearts and minds become set apart on the invitation, and then jump out of the boat on to the beach.

Jesus would teach these men.  They would learn the most critical and vital truths ever communicated on this planet.  Their classroom would follow them, and their instructor was eminently qualified and supremely gifted.  These new followers will ‘rock’ their world.  They would truly become, ‘Fishers of Men’.