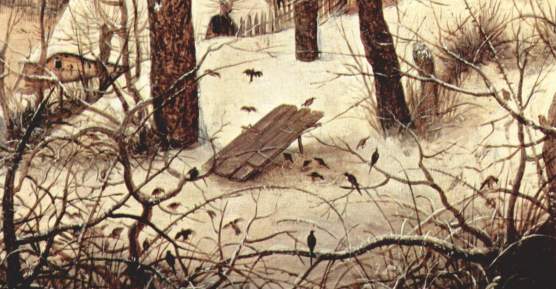 “Surely He shall deliver you from the snare of the fowler
And from the perilous pestilence.
4 He shall cover you with His feathers,
And under His wings you shall take refuge;
His truth shall be your shield and buckler.

5 You shall not be afraid of the terror by night,
Nor of the arrow that flies by day,
6 Nor of the pestilence that walks in darkness,
Nor of the destruction that lays waste at noonday.”

“There is no neutral ground in the universe; every square inch, every split second, is claimed by God and counter-claimed by Satan.”

I believe that there is a great opposition to living free. Satan contests every square inch. His ‘modus operandi’ parallels the predator. He likes to hunt human beings. I’m being quite careful not to be melodramatic or manipulative when I say this, but Satan has a terrible plan for your life. He often uses human ‘lackies’ to carry out his wishes.They will use deception, lies and foolishness to snare people’s souls. They [he] will even resort to brute force. Many believers are being persecuted for their faith.

14 “David now stayed in the strongholds of the wilderness and in the hill country of Ziph. Saul hunted him day after day, but God didn’t let Saul find him.”

5 “My future is in your hands.  Rescue me from those who hunt me down relentlessly.”

7 “We escaped like a bird from a hunter’s trap. The trap is broken, and we are free!”

And there is plenty more where this come from. And we haven’t even got to the New Testament yet, where there are substantial references to this kind of attack. The doctrine of Satan is developed further there. Perhaps it is because we encounter the person of Jesus Christ and the act of personal redemption He made for each of us. Through this we discover that we have an enemy that we were never really aware before. And guess what— he hates us!

31 “The time for judging this world has come, when Satan, the ruler of this world, will be cast out.”

4 “Satan, who is the god of this world, has blinded the minds of those who don’t believe. They are unable to see the glorious light of the Good News.”

12 “For we are not fighting against flesh-and-blood enemies, but against evil rulers and authorities of the unseen world, against mighty powers in this dark world, and against evil spirits in the heavenly places.”

Just as we have in Jesus a personal savior, we find we also have an anagonist and a sworn enemy that is set on going to war on us. You didn’t ask for it, and it would be really swell if he didn’t exist at all. But the evil around us has a source and we dare not minimize it.

“To admire Satan [in Paradise Lost] is to give one’s vote not only for a world of misery, but also for a world of lies and propaganda, of wishful thinking, of incessant autobiography.”

Our fealty to Jesus becomes critical at times like this. The warfare has an ebb and a flow, sometimes the battles can be intense, and at other times less so. But we cannot do nothing at all. We must defend ourselves, or become a casualty.

Probably the capstone is the following verse. I pretty much sums up this ‘act of resistance’ we are all called to do. I wanted to emphasize it because it is critical:

“Stay alert! Watch out for your great enemy, the devil. He prowls around like a roaring lion, looking for someone to devour.”

2 thoughts on “THE SNARE OF THE FOWLER, [Warfare]”