Why Can’t I Hear God? By Nancy Lovell

The musical group U2’s Bono quotes Eugene Peterson from the stage. Readers of the best selling Bible, ‘The Message,’ find themselves holding onto lines from his ‘fog-slicing’ Bible paraphrase, and many other works. For several years now, TheHighCalling.org has provided a daily prayer and reflection by Eugene Peterson. Recently, we asked the man himself: What are devotions and why do they matter in our daily work?

Why do so few people who believe in God bother to know Him?

The most obvious answer is that we’re in a hurry and not used to listening. We’re trained to use our minds to get information and complete assignments; but the God revealed to us in Jesus and our Scriptures is infinitely personal and relational. Unless we take the time to be quiet, in a listening way, in the presence of God, we never get to know him.

The same question is why so few married couples really know their spouses. People get divorced after 20 years of marriage, and the rejected spouse says, “I never knew this was coming. I thought everything was fine.” But there was not much listening in those 20 years. Devotions are the discipline of being quiet and listening for what we don’t hear in the streets, in the media, in the workplace.

What about people who sincerely set apart time, read the Bible, stay still, and hear nothing? They ask themselves whether God’s voice is anything more than their own thoughts.

We’re not good at this. We’ve had no practice doing it. No wonder we only hear our own thoughts. This is why the church is so insistent that we do this whether anything happens or not. Supported by 2000 years of history, we know that God does commune with us in our listening. But because we’re so unused to this way of communion, we don’t hear it. So it takes time.

How would you direct someone trying to start?

I would say: Get your Bible and find a place. If you can’t do this daily (some people can’t because of their life circumstances; mothers with young children are obvious instances), try for at least 20-30 minutes, two or three times a week, or four. Don’t make demands on yourself too high. Don’t ask questions about, “How long is this going to take?” Believe that something does happen in that silence—usually through Scripture, but not always—in prayerful, attentive listening, knowing that you’re in the presence of God.

I ask for a commitment of six months; so don’t come back in three weeks and say nothing’s happened. I’ve never had anyone who’s done this at least six months who came back to me and said, “I did it and nothing happened; I’m going on to something else.” Not many who give this a fair test ever say that nothing happens. Also, when I’ve asked people to do this as their pastor, I also ask them to worship regularly. This is a place where the whole community is gathered and listening and being in the presence of God.

Is that how you started?

I was lucky. In the family I grew up in, I started when I was about 14 …mostly with the Psalms, but all the Scriptures become part of it.

In your writing and speaking, you must have seen moments when a person realizes, “Yes, I want more and I want God.” What turns on the light for people?

Often the motivation is that people are tired of the way they’re living. They think there’s got to be more than just the motions they’re going through and the work they’re doing. There’s a craving and hunger that they identify with God. There’s enough pain or boredom or something to motivate them to do something that the culture’s not telling them to do. I got a letter recently from a friend of 40 years. She had been a parishioner of mine for a long time. Then she was ill, and divorced; and she quit, just gave up. She quit reading the Bible, quit going to church. Six months ago she wrote me a lovely letter that she was sitting with a group of friends and, in her words, “a rooster crowed”—it all came back and she was a Christian again and aware of the presence of God. Isn’t that a wonderful phrase? ‘A rooster crowed.’

Who knows what went into that statement of hers? Twenty years of unhappiness, pain, suffering, disillusionment …but still there was the need.She would have said during that time she didn’t believe in God. But the rooster crowed. That’s why we use the term the Holy Spirit to explain times like this. Given that it’s hard to discipline ourselves to silence, listening—and to daily time in quiet—tell us about your devotions on this website. I wrote those in the early morning for 20 years, maybe 25 years. And what I was trying to do was be present to the Scripture, listen to God, and to write as honestly as I could. I wasn’t thinking about anybody else but me.

It’s really hard to be honest as a writer. You get these wonderful ideas, and you love to manipulate words and see if you can make it sound good. It’s hard to be honest, especially working for God. That was the thing I was most aware of. “Eugene: Don’t say anything that is not relational, immediate, honest; stay present to the text and be honest before God.” I believed if I could be honest, I could draw some other people to honesty, too.

To read the rest of this interview, you will need to follow this link: http://www.christianitytoday.com/workplace/articles/interviews/eugenepeterson.html 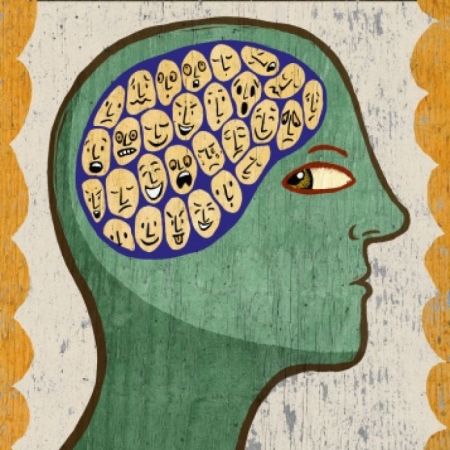 I guess I’m in a wandering/wondering frame of mind.  I’ve been hearing voices off and on.  They are clear, distinct and I suppose  rather commanding.  Previously I’ve dealt with ‘tinnitus’, but this is definitely different.  The voices are not incredibly sophisticated–its usually just one or two words.  Quite simple actually.

Perhaps the full reason of why this is a problem,  because I wonder about some sort of ‘mental degradation’.

I have this image of a stark raving crazy guy, hung up on religion and ‘right-wing extremism’, foaming at the mouth and ‘heading for a bunker up in the mountains.’  But I am none of these things.  Maybe that’s why it scares me so.  I cannot relate to any of this, and I don’t want to.  I am not that person. This is not me.

The voices by themselves, not extrapolating their content, are disruptive enough.  They don’t have to be specific, all they have to be is loud and insistent.  It really doesn’t matter if I obey them.  They disrupt me just by speaking. (I hope they never decide to expand their vocabulary!)

I have a new insight to my brothers and sisters who struggle with schizophrenia/bipolar.  Many are on the streets, and they are desperately homeless.   On almost a ‘medieval’ level they battle with dragons.  Sometimes they push back the beastie, and then sometimes they themselves are slammed back.  But no matter what will happen that day, God’s love meets the warrior, and He lifts them up.

Voices.  These are not dredged up, or manipulated.  I definitely do not ‘manufacture’ them.  I certainly not doing this for attention.  But when they do press me (with an order or command) I do know that it is an alien voice, coming from outside of me.   I know the presence of Jesus pushes them away. I call on His name and they flee.

I have to believe, that God is holding on to me with both hands.

He will not let me slide into the night, alone.  He has determined that darkness will never claim me.  I turn as I can, to look at Him, face-to-face by faith.  “He has come to heal the broken-hearted.  A bruised reed,  He will not break.  A smoking wick, He will not quench” (Isa. 43:3). What an awesome promise! We serve a gentle and protective God.

There may (or may not) be spiritual warfare issues. I believe that there is a magnificent power in the name of Jesus. The blood and the cross are for my protection. I shelter in all He is and all He has done, If anything, they push me toward the Lord Jesus and He protects me.