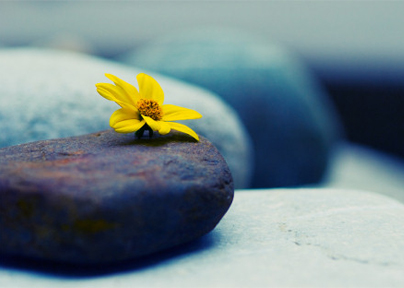 I’ve had several experiences with His presence. These are quite astonishing, and I really can’t minimize any of them. What the Father gives, I certainly accept.

#1, We were at language school, and broke. We had nothing extra to spend. My son, Benjamin came down with a fever. It was a formidable one. It was a 103 F or more. We didn’t know what to do.

I went up to his bedside, completely overwhelmed. And I laid my hands on him and prayed. It was a simple prayer, actually quite pathetic. But it was sincere. Ben was blazing hot, and I ventured into that. I prayed, and then took my hands off him. There was nothing significant about it all, just an overwrought father going through the motions. A few minutes later, I laid my hands on him and he was cool. I can’t explain it.  God touched Benjamin, and I simply can’t understand it.

#2, We were heading to Mexico, with a overloaded car without A/C. We were traveling from Texas to San Diego. It was terribly hot. We were travelling with another couple, from Canada. We sort of decided to convoy together. But somewhere in Arizona, we decided to split up. It was way too hot, and the Canadians could only go 40 miles per hour, pulling their trailer.

I looked back at my kids, and they were comatose. The heat had wiped them out. At this point, I decided to break up the convoy. We would now cross Arizona at 80 mph. Enough was enough.

I was very anxious. I was taking my family across the border, and I was quite intimidated. I remember praying a desperate prayer for guidance. It was short and simple, without any “flowery” language. It was just me, praying for help. I just want to make that clear.

After a night in a San Diego hotel, we went shopping for things we would need in Mexico. We then headed for the border crossing. I was still anxious and fearful. As we approached the border, there was several lanes. I chose a lane, and all of a sudden I heard a horn beeping. I looked back and saw our Canadian friends directly behind us! In that instant, I understood the Father’s care for my family. What we were experiencing was a million to one shot.

#3, While in Mexico I had decided that we would support the local  ministries whenever we could. A pastor pulled up, his car tank was quite empty. I went out to greet him, and realized I needed to give him gasoline. He pulled in and I decided to siphon from my car to his.

As I worked the hoses, I inhaled a great deal of gas. I started to choke, I couldn’t draw in any air. I remember falling to my knees in our trailer. My wife could only watch, as I struggled for air. I very well could have died. As I gasped for air, I realized His deep care for me. I realize now that He truly loves me. (But I did “burp” a lot of gasoline for several weeks.)

These three examples are quite intense. I suppose that I couldn’t fabricate any of them. Each of them is a drastic example of God’s goodness.  All that I have experienced I pass to you. Just know that God is very good, and He loves you. You belong to Him.

2 thoughts on “When God Leads You, [Surprises]”