Bipolar people can be really different.

Let me start by acknowledging what is well known: Manic Depression or Bipolar disorder can be a devastating illness. Affecting at least 1% of the population, it can, untreated, result in suicide, ruined careers and devastated families. Bipolar disorder is often accompanied by alcohol and drug abuse and addiction, criminal and even violent behavior. I acknowledge this because I do not want to make light of the burden this illness places on people’s lives, families, and communities.

On the other hand, the history of the world has been influenced very significantly by people with manic depression (see website www.wholepsychiatry.com for details). They include:

“It seems clear that for at least some people with Bipolar disorder, there is an increased sense of spirituality, creativity, and accomplishment. It may be that having bipolar disorder holds great potential, if one is able to master or effectively channel the energies, which are periodically available, to some higher task. This would of course presume the ability to abstain from harmful drugs and alcohol, to have good character, and at least some supportive relationships and community networks.”

It might be helpful to consider a reconceptualization. Perhaps instead of it being a disorder, we can think of people with bipolarity as having access to unusual potency. This potency will find a way to be outstanding-either in a destructive way, or in a constructive way. If such a choice is presented to the person, perhaps it can open some doors.

Source of this article: Psychology Today

Bryan’s note: A great book, a favorite of mine, that works a lot of this out is “Exuberance: The Passion for Life,” by Kay Redfield Jamison.

“Whoever dwells in the shelter of the Most High
will rest in the shadow of the Almighty.
2 I will say of the Lord, “He is my refuge and my fortress,
my God, in whom I trust.”

This psalm focuses being intimate with our heavenly Father.

Throughout the entire chapter we see personal pronouns used. In contrast to other psalms that are directed to the nation, this one is written to an individual. This personal focus makes this a favorite psalm for many.

Shelter and shadow, refuge and fortress are the opening ‘word pictures’ used very elegantly. The psalmist writes what he knows, and it is apparent that he understand the needs of the human spirit, and for protection. Each of these four words creates a common link between believers. Each of us need a working understanding of all four protections.

Dwelling, resting and ‘saying’ are necessary elements for the word pictures to work. I should ‘dwell’ in God’s sheltered care. All too often, I wander out past the security of the Lord (or maybe I’m lured out?) But there is safety in having God so close to us. His proximity is for my protection.

“Surely he will save you
from the fowler’s snare
and from the deadly pestilence.
4 He will cover you with his feathers,
and under his wings you will find refuge;
his faithfulness will be your shield and rampart.” 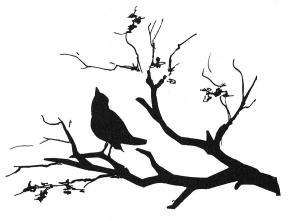 V.v. 3-4, maintains its personal or familiar tone. ‘Save you’ (salvation) is far more that a theological term.  For the psalmist however, it’s not about ‘doctrine’; rather the psalm is an embrace. He is rescued from the trap, and the sickness that seems so contagious never touches him. Moving from metaphor to metaphor, he engages our imaginations to ‘see’ God’s salvation. The writer knows his stuff.

The Lord is pictured as a protective bird that covers his chicks.

We have a sure confidence as we gather together in that warm and safe spot under His wing. Whatever is after us has to go through God first. His presence is formidable. In His company is found our only safety.

“What, then, shall we say in response to these things? If God is for us, who can be against us? Who will bring any charge against those whom God has chosen? It is God who justifies.”

All of heaven is rallying for your well-being. You are sure of this based on your faith in God’s own word. He has ‘busted us’ out of a dark cage, and now defends you against all your enemies. And that is a very good thing.

“And now in these final days, he has spoken to us through his Son. God promised everything to the Son as an inheritance, and through the Son he created the universe.  The Son radiates God’s own glory and expresses the very character of God, and he sustains everything by the mighty power of his command.”

There is an idea of an existance of a ‘common grace’ that touches every person on this rock called Earth.  What is suggested with this, is that every person has access to grace; at least on a basic level, such as nature, government, medical, education and judicial.  We all are sharing in common grace whether we are saved or not.

Common grace explains a great deal, “He causes his sun to rise on the evil and the good, and sends rain on the righteous and the unrighteous.” (Matt. 5:45) They both benefit from His care, whether they believe or disbelieve.

On the other pole, lies ‘special grace.’  It is different.  It is grace that is given to those who put their trust in the promises for salvation, deliverance and healing.  These promises can only be enjoyed by a Christian believer.  Special grace is grace that God gives to each one who is in a covenant relationship with Himself.

I got up early the other morning, with a cup of coffee in hand and went to sit out on my steps.  I have to tell you that mornings are truly delightful here in Alaska.  As I sat looking at the trees and watching the clouds,  the sun was caught by the trees and they began to glow.  (I always think of the burning bush of Moses and secretly wonder if trees don’t remember and try to emulate their ancestor so long ago.)  I hear the cranes from the lake.  And all of this touches me.

Just as I physically awoke 20 minutes ago, I now awaken spiritually. Common grace makes this all possible.  When I first became a believing Christian, I was quite amazed at how blue the sky was. The grass seemed greener. I remember feeling amazed that I hadn’t noticed these things before. I guess I was full of joy over the special grace that I had just been given. 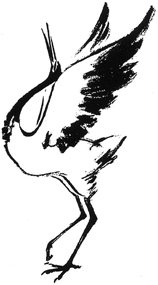 “Common grace curbs the destructive power of sin, maintains in a measure the moral order of the universe, thus making an orderly life possible, distributes in varying degrees gifts and talents among men, promotes the development of science and art, and showers untold blessings upon the children of men.”

I love common grace.  It makes it possible to enjoy my coffee in the sunshine on the deck.  Common grace allows me to hear the crane’s special song.  People everywhere are drawing from the common well of common grace. “The Word gave life to everything that was created, and his life brought light to everyone.” (John 1:4)

“I will instruct you and teach you in the way you should go; I will counsel you with my eye upon you.”

In April 2002, I was sitting in this cavernous waiting room at King’s Cross in London, England.  I was waiting for a bus to Cambridge, UK.  I sat all alone, and stared at the tiled floor at my feet.  The doctors had warned me not to travel alone, but I had disregarded their restrictions.  I was taking several psych meds and felt somewhat stronger than I had in months.

As I sat there staring at the floor, within my field of vision, came several pigeons.  They were fat little guys, apparently thriving on bread thrown out to them.  Several very large windows were open, and these pigeons seem to have no fear as they took advantage of a meal from bored travelers.  I remember their audacity and resourcefulness as they came up just a couple of feet  from my chair.

Depression had followed me like an old friend all the way from Alaska to England. I had pushed my limits and was completely drained and quite confused.  I was crying out to the Lord, very desperately.  All of a sudden, a pigeon came across the floor and “presented” himself, right square in front of me.  I was amazed that he was crippled, one of his feet was a twisted claw.  He had been profoundly injured in such a way, that he would never be the same.  He was damaged, and yet somehow he survived.

It was like receiving a lightning bolt.  I understood for the first time in a long time, the Father’s love and care over me.  I saw the pigeon, and I saw myself.  It was a moment of a reassuring grace.  In the ‘mega-hustle’ of 13,614,409 people in London, and in the midst of my profound mental crisis, I knew God’s caring touch.  A grace much greater than all my sin and confusion. He was just letting me know that He was close.

Later that day, I found myself walking the streets of a busy Cambridge with its great universities.  I was all by myself, and I had gotten hopelessly lost.  I was terribly manic, and my meds just couldn’t keep the lid on.  I felt people staring at me, I was talking out loud to myself, disheveled and thoroughly confused.  I just kept wandering and talking, for hours.  I desperately needed psychiatric shelter.  But I was all alone. I knew no one at all.

I kept walking past the many universities, and churches.  They were very beautiful, but I was lost.  I then remembered the damaged pigeon, completely oblivious to self pity. I started to call out to the Father out of my confusion.  Within a few minutes I found myself sitting on the top level of a double-decker bus, with the driver aware of my problems who specifically guided me to the place I was staying.  I was being cared for. I think he was an angel sent to my aid.

I have come to realize that this trip to England was not for me to see Big Ben, Parliament or wander the academic centers of Cambridge University.  Rather I was brought there to meet a certain pigeon, who was waiting to meet me, and pass on vital instructions.  He shared things that I need to know.  The history and landmarks were nice, but I’ve forgotten much.  But all I really needed was somehow given.