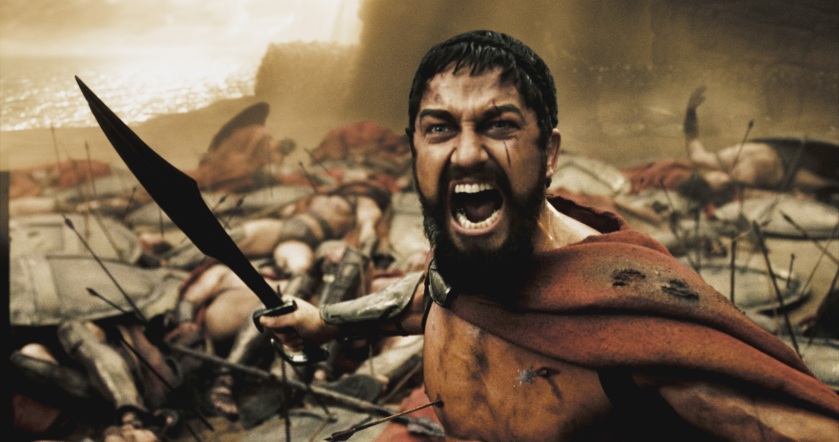 “We are not fighting against humans. We are fighting against forces and authorities and against rulers of darkness and powers in the spiritual world. 13So put on all the armor that God gives. Then when that evil day comes, you will be able to defend yourself. And when the battle is over, you will still be standing firm.”  Eph. 6:12-13, CEV

We cannot divorce ourselves from this particular reality.  We can not pick and choose.  Warfare is part of what we have inherited.  We better not pretend that this is not so.  The battle comes to us, whether we like it or not.  There is an atmosphere of conflict that we are constantly living in.

Some of us never see this truth.  And others choose not to respond to it.  Some are confused by the scope of the battle, and find themselves fighting against people.  But the war is fundamentally spiritual.  And perhaps that is the problem.  “Spiritual” can be a vague and nebulous concept.  It seems far away and irrelevant.

Paul shares this vital truth with the Ephesian church.  He is firmly rooted in reality.  With great clarity, he identifies “forces and authorities and against rulers of darkness and powers in the spiritual world.”  These are incredibly real, and represent the deep evil in our world at its most fundamental level.  It is important to note, flesh and blood are never really the issue.

Throughout history, the covenant people of God have faced extermination.  The darkness seems insurmountable. It hems in the people of faith and will take them captive.  Ancient Israel and Judah had an extensive dealings with the darkness.  Warfare was normal.  They understood that survival meant conflict.

“The LORD will fight for you while you keep silent.”

This lays down a core principle of our warfare.  God interjects Himself between His covenant people and those dark forces who intend to destroy them.  He not only buffers them, but He aggressively destroys their power.  These ‘powers’ and ‘rulers of the dark’ are defeated.

“We fight with weapons that are different from those the world uses. Our weapons have power from God that can destroy the enemy’s strong places. We destroy people’s arguments.”

Perhaps we’re being too fine and imprecise.  Human beings have often enmeshed themselves with darkness.  They have chosen to blend themselves with evil.  They choose darkness over the light.  Personal gratification is often involved.  They barter their freedom and innocence for trifling sins.  There is power and there is presence.  The darkness has the power, and people have the presence.

“We fight” are two words of incredibly clear purpose and meaning.  You cannot extract the militancy out of Paul’s message.  He understands the war going on in the Spirit.  He mentions weapons energized and efficient.  And ‘people’ are also in the sphere of evil.  We come against their faulty logic–their ‘arguements’.  We dismantle and pull down the evil they have revealed.

3 thoughts on “The Way Things Are, Really”