“Six days later, three of them saw that glory. Jesus took Peter and the brothers, James and John, and led them up a high mountain. His appearance changed from the inside out, right before their eyes. Sunlight poured from his face. His clothes were filled with light.”

These three disciples belonged to the inner circle of our Lord’s friends. There must have been something in them that peculiarly endeared them to Him. We know that Peter was a leader among the apostles, and also a bold confessor; that John was “the disciple whom Jesus loved;” and that James was the first of the band to die as a martyr.

It is very encouraging to look at Peter who was admitted to such high privileges; a man with so many faults, who made so many mistakes, who even at the last shamefully denied Christ, and yet we remember that he was one of our Lord’s closest friends. It gives encouragement to us that, with all our faults, we may yet be very dear to Christ.

It does not seem so strange that John was allowed to enter the inner circle. His disposition was gentle and amiable, very much like the Master’s. Yet it is probable that John owed his sweetness and gentleness of character to his being with Jesus. It could be he was not always a man of love. 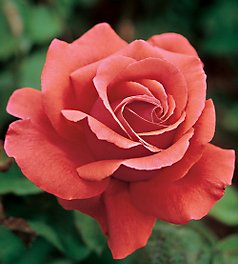 There is a Persian fable of a piece of clay made fragrant by lying on a rose; the perfume of the rose passed into the clay. So it probably was with John. He crept into his Master’s bosom, and lay close to His heart; and his Master’s spirit of love and gentleness passed into his life and transformed it. Thus we have a lesson, too, from John: constant and loving communion with Christ will change us into His likeness.

The lesson from this choosing of three out of the whole band for peculiar privileges is that while Jesus loves all His friends, there are certain ones whom He takes into closer confidence than the others. There are degrees of nearness to Him, even in this world. Should we not strive to be among those who, by disposition and by service, win their way to the closest places? We must remember that those who serve most are chiefest. –JRM

(Lord, have mercy on me, a sinner)

2 thoughts on “Becoming a Part of What is Really Real”