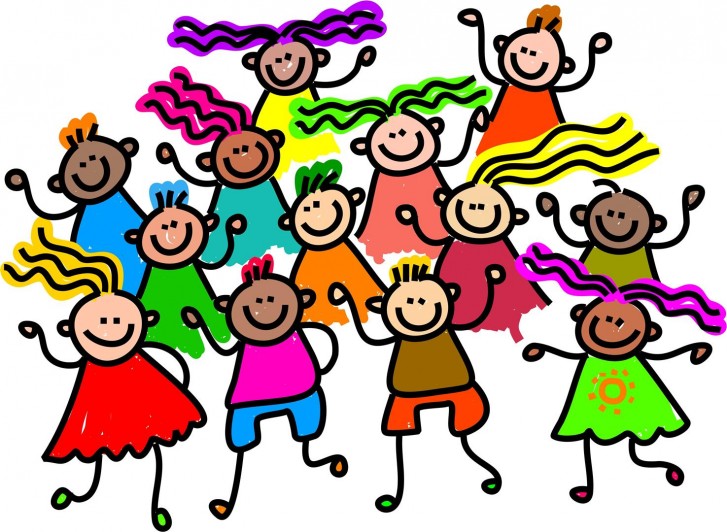 What are Autism Spectrum Disorders?

Autism Spectrum Disorders (ASD), also known as Pervasive Developmental Disorders (PDDs), cause severe and pervasive impairment in thinking, feeling, language, and the ability to relate to others. These disorders are usually first diagnosed in early childhood and range from a severe form, called autistic disorder, through pervasive development disorder not otherwise specified, to a much milder form, Asperger syndrome. They also include two rare disorders, Rett syndrome and childhood disintegrative disorder.

Parents are usually the first to notice unusual behaviors in their child. In some cases, the baby seemed “different” from birth, unresponsive to people or focusing intently on one item for long periods of time. The first signs of an autism spectrum disorder can also appear in children who had been developing normally. When an affectionate, babbling toddler suddenly becomes silent, withdrawn, self-abusive, or indifferent to social overtures, something is wrong.

From the start, typically developing infants are social beings. Early in life, they gaze at people, turn toward voices, grasp 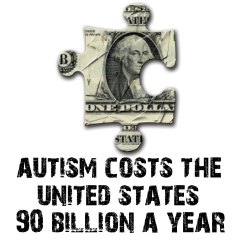 a finger, and even smile.

In contrast, most children with ASD seem to have tremendous difficulty learning to engage in the give-and-take of everyday human interaction. Even in the first few months of life, many do not interact and they avoid eye contact. They seem indifferent to other people, and often seem to prefer being alone. They may resist attention or passively accept hugs and cuddling. Later, they seldom seek comfort or respond to parents’ displays of anger or affection in a typical way. Research has suggested that although children with ASD are attached to their parents, their expression of this attachment is unusual and difficult to “read.” To parents, it may seem as if their child is not attached at all. Parents who looked forward to the joys of cuddling, teaching, and playing with their child may feel crushed by this lack of the expected and typical attachment behavior.

Children with ASD also are slower in learning to interpret what others are thinking and feeling. Subtle social cues—whether a smile, a wink, or a grimace—may have little meaning. To a child who misses these cues, “Come here” always means the same thing, whether the speaker is smiling and extending her arms for a hug or frowning and planting her fists on her hips. Without the ability to interpret gestures and facial expressions, the social world may seem bewildering. To compound the problem, people with ASD have difficulty seeing things from another person’s perspective. Most 5-year-olds understand that other people have different information, feelings, and goals than they have. A person with ASD may lack such understanding. This inability leaves them unable to predict or understand other people’s actions.

Although not universal, it is common for people with ASD also to have difficulty regulating their emotions. This can take the form of “immature” behavior such as crying in class or verbal outbursts that seem inappropriate to those around them. The individual with ASD might also be disruptive and physically aggressive at times, making social relationships still more difficult. They have a tendency to “lose control,” particularly when they’re in a strange or overwhelming environment, or when angry and frustrated. They may at times break things, attack others, or hurt themselves. In their frustration, some bang their heads, pull their hair, or bite their arms.

There is no single best treatment package for all children with ASD. Decisions about the best treatment, or combination of treatments, should be made by the parents with the assistance of a trusted expert diagnostic team.

Transcript of and interview with Dr. Bearman on Autism

Dr. Peter Bearman is the professor of Sociology at the College of Arts and Sciences at Columbia University. He also serves as co- director of the Robert Wood Johnson Foundation Health and Society Scholars program at Columbia. Recently, Dr. Bearman came to the National Institute of Mental Health to talk about the focus of his work, autism prevalence. NIMH’s Director, Dr. Thomas Insel, sat down with Dr. Bearman to discuss autism research and began by referencing recent studies that indicate an increase in autism prevalence.

Dr. Insel:  So, as you look at this that question that everyone is asking is when they see the numbers now from the CDC where it’s gone from 1 in 1500 to 1 in 150 and apparently here in the fall of 2009 the figure that’s emerging is closer to 1 in 100. Meaning, that even since 2002 there has been a very profound increase in the number of children being diagnosed with autism.

Dr. Insel: Is there an increase in the number of children with the disorder or with the Autism Spectrum Disorder or does this largely reflect the change in the way the diagnosis is used or some sort of increase in ascertainment?

Dr. Bearman: Well, I think that’s the big million dollar question. Our work which arises from California can, show that changes in diagnostic processing and diagnostic criteria I would say the period from 1992 to 2005 the changes in diagnostic criteria over that period that operate on the border between autism and mental retardation can be associated with about a quarter of the increase prevalence. Over that same period there has been a really fundamental change in the ascertainment, you can see that in lots of ways, but the most obvious way to see the changes in ascertainment, is to see that the social economic status gradient that used to be present for autism, the fact that children living and residing in wealthy communities are more likely to get a diagnosis, and that gradient largely disappears.

Dr. Insel: What seems important Peter in the way you’ve done this rather than you answering the question to say it’s increase, not increased your answering the question by what proportion of increase can be explained by separate factors because everybody’s pointing to changes in diagnosis, changes in ascertainment the way in which services may affect the use of the diagnosis. So what everybody really wants to know at the end of all this, is that actually are more children affected with the disorder or will 100 percent of this increase in prevalence be explained by these other factors?

Dr. Bearman: Our strategy is to try to decompose this increase into its constituent elements. Some component of that is increased ascertainment, some component of that is diagnostic change in diagnostic criteria, some component of that arises from already known risk factors, such as increases in parental age are associated with greater probability of genome mutations that could lead to copy errors that are associated with neurodevelopmental disorders. So social demographic changes that are affecting all western countries, the United States, and also California, can express themselves in increased incidence of autism on top of diagnostic ascertainment dynamics. I think the trick to figuring out how to decompose this increase into its constituent elements is to pay attention to the two dimensions that are important. The first dimension is temporal just the fact of temporal change, we are in the period of increased prevalence and if we’re in a period of increased prevalence and at the same time for example there’s also an increase in older parents. The risk associated with older parents will naturally appear to be greater now than it was a decade ago. So paying attention to temporal heterogenic is important. The other part of our work I think that’s  the most exciting is to pay attention to the spacial heterogenic and the fact that we can observe very strong,  very distinct, very stable clusters of increased risks for autism at very fine spacial resolution. For example, in California, there’s a very clear cluster in about 20 kilometers by 50 kilometers in which the relative risk for autism not, Autism Spectrum Disorders but autism itself is significantly higher over every year of observation that we make than any other place in California. That invites a couple of considerations, first, it invites the recognition that if you observe local spacial clustering whatever causes some components of the increased prevalence in autism it is not a global treatment. Secondly, it invites us to ask, well is there something in that local area that is driving an increased prevalence that could be a shared toxicological environment, it could be a virus that moves through and spreads from person to person and affects children in utero. Or it could be a piece of an ascertainment process which would be the diffusion of information from parent to parent as they learn how to recognize some symptoms for autism which have no biological markers.

Dr. Insel: From what you know now when you add all of those together how much of the increase can you explain?

Dr. Bearman: Well that’s a complicated question, but I think we can pretty uniquely associate about a quarter of the increase from the birth cohorts from 1992 to 2001 which is a lot, to diagnostic change on the border between diagnosis and mental retardation in autism. I think we can associate about 16 percent of the increase on the other border between autism and other neurodevelopmental disorders on the spectrum: Asperger’s, PPDNOS etc. And those are largely non over-lapping components of increase, so that’s about 40 percent. I think the spacial clustering itself adds another few percent. I would say I am confident that 40 percent of the increase I think I know what caused that. That leaves a lot of increase left, 50 percent is a lot to look for still.

Dr. Insel: Any ideas about what’s driving that other 50 percent?

Dr. Bearman: Well, some is genetic. I think that the increased parental age accounts were 11 percent of the increase over this period and that’s a lot and the mechanism by which increased parental ages expressing itself I think likely largely genetic. I think the tricky part is going to recognize that it would be harder now to find that 50 percent. It would look like it should be some toxicological environment that’s shared because of the spacial clustering. Because there’s a very strong process of amplification of the understanding of autism that leads to increased diagnosis as parents learn how to recognize symptoms a very, very, small event that would transform the environment five years ago, ten years ago, even you could imagine, 40 years or 50 years ago, when the moms of children with autism now were in utero as eggs- a very small event could cascade into a larger epidemic now.

Dr. Insel: So what do you tell parents who ask about this if you have friends who have autistic children and they say “What’s going on here? Why this epidemic?” What do you say in response?

2 thoughts on “The Frustration of Autism”