For broken believers — those struggling with mental illness or substance abuse — these truths can be particularly difficult to fully grasp and internalize. We hear them and obtain a head knowledge of them, but to truly understand these truths they must make their way to our hearts. My prayer is that you who read this will allow God to settle these truths not only in your mind but in your heart as well.

And I will ask the Father, and he will give you another Counselor to be with you forever—the Spirit of truth. The world cannot accept him, because it neither sees him nor knows him. But you know him, for he lives with you and will be in you. I will not leave you as orphans; I will come to you. John 14:16-18 (NIV). 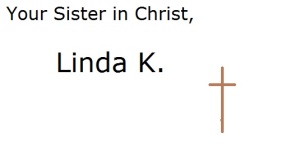 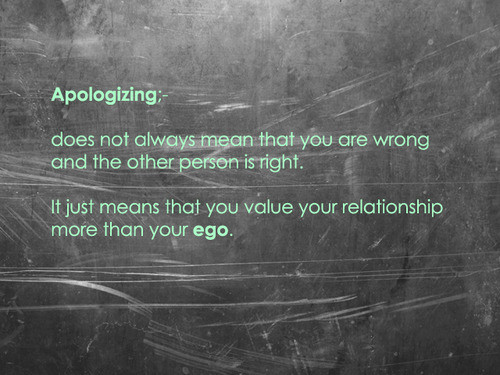 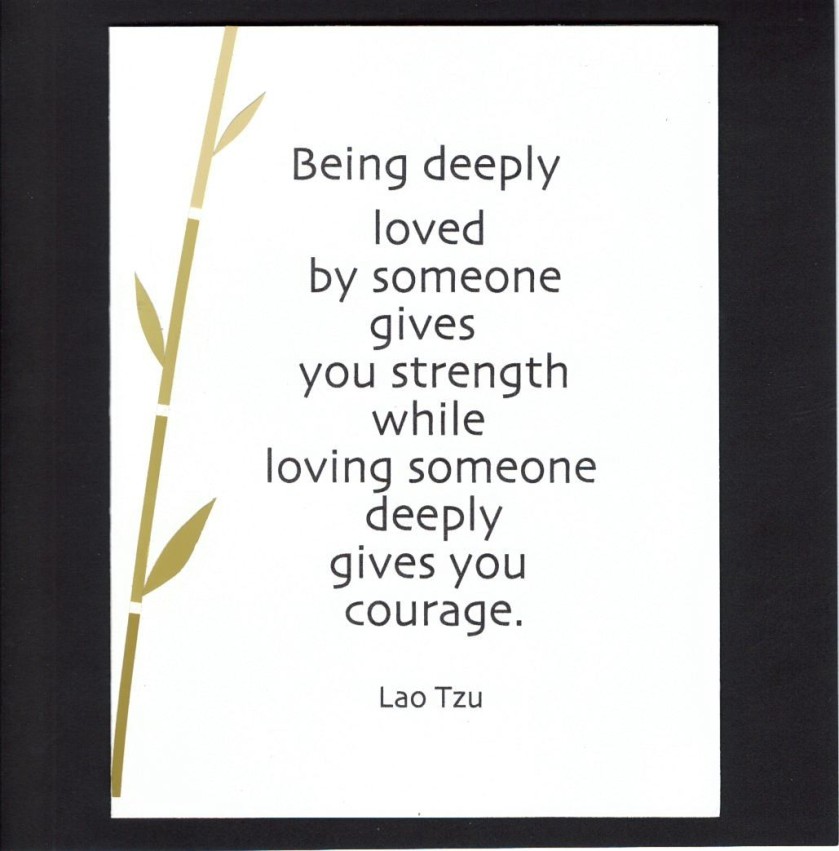 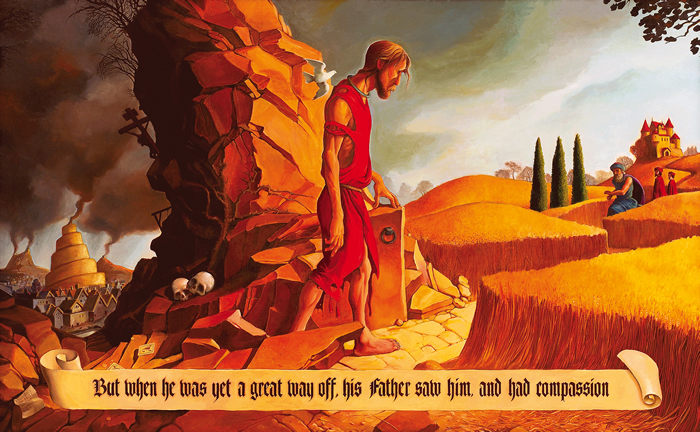 I arise today,
Through God’s strength to pilot me;

I summon today all these powers between me and evil,

Against every cruel merciless power that opposes my body and soul,
Against incantations of false prophets,
Against black laws of pagandom,
Against false laws of heretics,
Against craft of idolatry,
Against spells of smiths and wizards,
Against every knowledge that corrupts man’s body and soul.
Christ shield me today
Against poison, against burning,
Against drowning, against wounding,
So that reward may come to me in abundance.

I arise today
Through a mighty strength, the invocation of the Trinity,
Through a belief in the Threeness,
Through a confession of the Oneness
Of the Creator of creation. 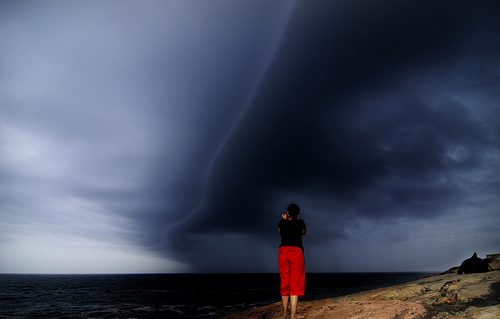 ~from the film Remember Me

“When I saw that scene in the movie, I stumbled out of bed and fell to the ground as my whole body trembled in anguish and agony — and I started and screaming like a wild, wounded animal.

It has been six years now since my friend, Britany, committed suicide. I thought, by now, I would be better. I thought I would have been able to let go. And move on.

At the very least, I had hoped that I would have felt the loss a little less now than I did when I first got the news.

Grief lulls you into a stupor. It hides inside you as you go about your business, working and doing the laundry and, Yes, even falling in love. You tell yourself, subconsciously, that if you’re not in tears then you must have moved past the mess. If you can function, you must be okay. Besides, you don’t eat out of cans anymore — and that has got to be a sure sign you’ve finally let go of your loss.

And if you say it out loud, you’re that much more convinced it’s true. I got over it. But when that lingering sadness creeps in, you’re right there with the excuse: Well, I’ll never really get over it until I’m in Heaven, but that doesn’t mean I have to spend all my time dwelling on it.

Those are the calling hours of grief, but you won’t answer the door. You’re scared to death of being weak, of being afraid, of feeling that way again. You were taught that God is gracious and loving, that He cares about you in ways you cannot begin to fathom, but the lies of a false religion have you believing that no gracious and loving God would ever want you to feel sad or desperate or crazy — to the point of falling to the ground in agony like a wild, wounded animal, begging Him for help with all your heart, all your soul, all your strength, and all your mind.

Like religious legalism equates the avoidance of sin with goodness, you thought everything would be all right if nothing appeared to be wrong. So you learn to speak casually of your loss. You dismiss your own grief. You learn to act, to hide. Your prayers start to sound like you’re talking to your Best Friend from childhood — whom you haven’t seen in years — but you have grown so detached from the Person you once thought you knew so very well that the relationship now lacks any kind of depth and every sort of substance. God has become a casual convenience. Because in the deepest, darkest caverns of your heart, you harbor a hidden resentment rooted in your loss.

And maybe, like me, you’ve screamed in tears of anguished rage as you ripped your Bible to shreds, only to buy a new one the next day because you’ve discovered — in that moment — that living without God is the one thought you cannot bear. To be absolutely alone in your pain, without hope, without His Presence, His forgiveness, and His eternally tenacious Love is an unspeakable horror. Nevertheless, you soon pretend such a moment never happened, stuffing it in the back of your mind like a distant memory. You can’t tell your friends about it because you know they’ll think you’re crazy. Worse, they’ll question your faith.  But you stay silent because you have enough doubts as it is.

Before long, the act becomes the reality. And you start to take a certain pride in what, you think, you have overcome. And every time that lingering sadness starts to creep in, you’re still right there with an excuse. You have become a master of self-rationalization, basking in the cheers and applause of your family and friends and church because your life is now a grandiose testimony to what, you think, God has done. But you don’t realize that basking in such glory is heresy, usurping the glory that belongs to God — and to God alone — because you want it yourself. It is foolish to presume this glory is somehow yours, as if you had earned it through your pain.

But, God won’t have it. The Lord of Heaven and Earth will not tolerate the lies you’ve been living in your relationship with Him. You are His child and you are His treasure. He delights in you in ways that go light years beyond your comprehension — and that includes making your life in a fallen world easy. Christ suffered, and you will certainly will as well. And it does not matter how fast you run or how well you hide. Even if it takes six years — or ten or twenty or eighty years — for you to realize that you need Him in ways you never thought possible.

You are broken. And that means there is no going back to the way things were. The loss has changed you. It has shattered your heart and bent your head and stolen every last ounce of strength and all sense of reason.  But somewhere, — somehow — in the midst of the mess, you found a faith so strong it defies logic and denies reason. You see what cannot be seen and you hear what cannot be heard — because you have felt the distant visions and echoes of eternity placed upon your heart. You can see through the storm. And you know sun rises beyond the dark clouds.

You don’t get over it. And you never do get used to it. The beast of grief you have kept buried inside for years will hunt you down and, without a doubt, leave you reaching for God in ways and means you never imagined. But you have now the one thing you’ve been missing all this time: a faith that has been shaken so hard it cannot be shaken. Even if God leads you to the floor crying and screaming like a wild, wounded animal — broken — you believe.

I have tried, determinedly and tenaciously, to give up on God, to forsake a life of service to our Father.  It just hurts that much.  It really does.  But, if I have learned anything in the past six years — it is, quite simply, that it is impossible for God to forsake His children.  He has pursued me through the darkest nights and my monsoons of tears.  And He will absolutely will not give up on you — ever.  And so it is with a sincere, agonizing gratitude that I offer our Father a sacrifice of praise:

The Lord is The Most High God!

He who stretched the sky above the Earth
and set the stars in their place  —
He sees, He knows, He hears.
He watches, He plans, He listens.

Is the One who made the mountains
smaller than your very own troubles?
Is the One who carved the valleys
hidden from the caverns of your hearts?

Is the One who levelled the plains
ignorant of your very own despair?
Is the One who commands the seasons
unable to direct your ship in the storms?

Look up, you precious daughters of The Most High!
Lift your heads, you adopted sons of The Almighty!

Is the One who paints a seaside sunset
deaf to your cries of infertility?
Is the One who turns the Earth every day
blind to the pleas of your petitions?

Is the One who renews the trees each spring
paralyzed to restore your heavy hearts?
Is the One who guides the birds with the winds
silent amidst your anguished prayers?

The Lord our God is The Most High God!

He is bigger than our sins,
and greater than our troubles.
He sees, He knows, He hears.
He watches, He plans, He listens —

“When everything is ready, I will come and get you
so that you will always be with me where I am.”

Check out TheNorEasters home page at: