Mistletoe is a partially parasitic plant which grows on trees and feeds on the nutrients of its host. It was revered by Pagans who believed that it had life giving powers and bestowed fertility. Kissing under the mistletoe was probably an early Pagan marriage ritual.

Scandinavians regarded mistletoe as a peace plant and it was given to indicate a truce between warring nations or husband and wife. Its evergreen leaves and association with kissing meant it was easy to use as a symbol of Christian love and eternal life.

It is Christmas time again. Help me this year to season the celebration with reason. Teach me to plan with my family. May I avoid the clutter that dims my vision and burdens my time.

Keep me mindful of my budget. and help me to remember that a gift selected with love tugs forever at the heartstrings. Forgive me for past extravagance.

Remind me to decorate in good taste, treasuring all of the past blending it with the new, but holding steadfast to reason. Keep me, dear Father, from strain lest I stray from all thy teachings.

Guide me to the light of Christmas. Help me keep a candle’s flame of that light as a constant reminder of my goal . . . eternity.

I pray for thy love and help, in the name of thy beloved Son whose birthday we are observing. Amen.

‘Hail, O favored One,  the Lord is with you!

The angels were prominent that first Christmas. They had been busy keeping Mary and Joseph safe, (and aware) during this ‘flurry’ of activity, The also served as ‘announcers’ to the shepherds around Bethlehem that amazing night. All and all, they were pretty active in the affairs of the human race.

I suppose the shepherds were the classic event. A full complement of angels were needed as they worshipped God in the hearing of these men. Nothing like this had ever happened before; the music of heaven invading a pasture and visiting unwashed men.

The Christian faith always has this fundamental aspect of ‘announcing.’ It is part and parcel to our message. The Gospel can’t be silent. It demands a witness to unseen realities, and it proclaims the Truth, whether we like or not.

But I’m fond of the shepherds. Simple, and unpretentious they take the Good News with them as they go to witness the Christ Child.

My mail carrier, driving his stubby white truck trimmed in blue and red, wingless, but wheeled, commissioned by the civil service

Daily delivers the Gospel every Advent.

This Gabriel, uniformed in gabardine.

Unsmiling descendent of his dazzling original,

under the burden of greetings is stoical,

but prompt: Annunciations at ten each morning.

One or two or three at a day at first;

By the second week momentum’s up,

my mail box is stuffed, each card is stamped

with a glory at a cost of twenty-five cents

(Bringing us the news that God is with us.)

The angel said, “Don’t be afraid. I’m here to announce a great and joyful event that is meant for everybody, worldwide: A Savior has just been born in David’s town, a Savior who is Messiah and Master. This is what you’re to look for: a baby wrapped in a blanket and lying in a manger.”

Written by Eugene Peterson, author of “The Message” and many other works.  He wrote this poem in 1986 to commemorate the power the Gospel that has in the lives of those who really have no awareness of the light they bring. 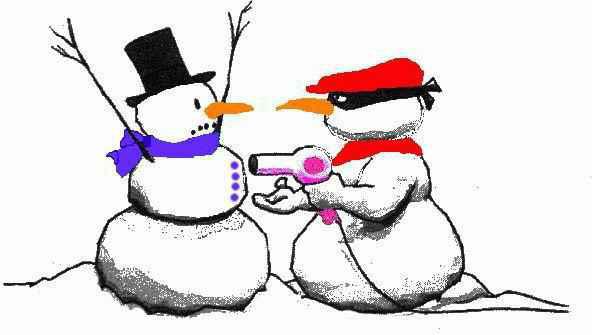 My heart is that you would comprehend His love,  and turn and hear Him whisper peace and kindness to you.  There is no question– we’ve sinned and rebelled and screwed things up.  But He doesn’t judge, or give us what we deserve.  Jesus gives us the most wonderful present ever.

We really have nothing to bring. We are like the poor shepherds– and not at all like the three kings. When it comes to spiritual, or eternal things we are completely bankrupt.  The Holy Spirit who wants to speak to us, we more or less confuse His voice.  People tell us about Jesus, and we turn it into ‘gobbledygook.’  We simply can’t connect the dots.  Don’t you wonder why you think there must be something more? That is the plight of a fallen heart.

But Jesus did die for us.  And, furthermore He paid the ‘sin-debt’ that we owed.  When we receive Him as our personal Savior, we will find the forgiveness that we need.  Seek Him, and ask for understanding.  Things are really not what they seem.  His deep love for you goes beyond what you can possibly imagine.

There is another tree. One we decorate with sparkling lights, the other becomes the only way we can be saved.  “And when I am lifted up from the earth, I will draw everyone to myself.” (John 12:32).

But dear one, there is another tree.

If you would like, I’m just an e-mail away.  I would be honored if I could offer you some kind of simple guidance.  No weirdness, just a friend.