“Tax collectors and other notorious sinners often came to listen to Jesus teach. This made the Pharisees and teachers of religious law complain that he was associating with such sinful people—even eating with them!” (Luke 15:1)

The lost sheep, the lost coin, and the ‘lost son’ tell us that this is a time for recovery. This is a unique period for the Church. It is a season of special grace that allows us to seek and find things that are valuable to us. It is a time of finding out things about ourselves as well.

What is precious to you? With the woman, it was a lost coin (probably a part of her dowry) and she made a substantial effort to get it back. With the shepherd, what was valuable was a lost sheep, and he would take a calculated risk to find it, and rejoin the flock. And the father lost his son, and he had to wait for him to return to his senses.

These three parables were directed to the different issues that effected the “notorious sinners.” But they also spoke to the pharisees who were present. Both groups understood and there were plenty of implications for everyone.

It’s a funny thing, Jesus never minced words. No one could be neutral around him. That is still the case today. I think God is seeking His lost children. This is what He is up to, this is His passion. Understanding this salient fact should enlighten us,

As the Parable of the Prodigal Son develops, we see the pharisees equated to the ‘grouchy’ older brother. He begrudges his newly returned brother, and he really can’t see what is happening all around him. The idea of grace eludes him. Perhaps that is far more common than we think. Whenever ‘religion’ exerts control over a person or group, duty is almost always elevated over joy.

The Church is only as relevant as when it’s seeking out the lost.

The Church is meant to extend to the lost ‘sons’ of Adam, and the ‘daughters’ of Eve. This is God’s passion, and we must find out what He wants us to do to share His heart. It’s almost as if He wants to give us a chance to taste His joy. 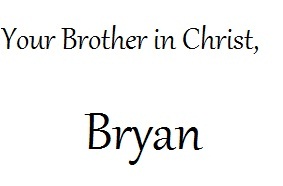