See Your Sin, Break the Cycle

It is a good thing for you to see your sin.

You need to feel the conviction of the Spirit on the one hand, but God doesn’t want you to stay in that mindset. He says “When I awaken your heart to the reality of how you’ve fallen short, come quickly to the throne of grace and look at the many ways in which I have dealt with that sin. I have put it behind my back. I’ve buried it in the depths of the sea. I’ve blotted it out. I’ve trampled it underfoot. I turned my face away from it. I won’t gaze upon it.”

And it’s the power of that truth that will enable us to break out of this cycle in which so many people find themselves. It’s a cycle in which they just live in constant fear and trepidation. Oh, maybe I’ve done it one too many times, and God’s just so fed up with me that I’m going to be cast aside forever.

Live now in the freedom and the joy of knowing that you are forgiven fully and finally.

I’ve actually heard people say, I envisioned myself coming to the Lord once again and him saying, ‘Oh no, not you again. The umpteenth time and are you just expecting me to forgive you over and over and over again?’ And they live in fear that God’s just going to run dry and not have mercy, that he’s going to run out of grace.

And God has said, “Look, it’s good that you recognize the ways you have failed. I don’t want you to live oblivious to the fact that you have disobeyed in an unrepentant and high-handed way. But know this: I have dealt with that sin. The punishment that deserves has been exhausted in Jesus. Live now in the freedom and the joy of knowing that you are forgiven fully and finally, and let that be the power to break the cycle of the constant repetitive falling back into these old ways and these old patterns of the past.”

“Live in the fullness of your freedom in Jesus.”

Sam Storms (PhD, University of Texas at Dallas) has spent more than four decades in ministry as a pastor, professor, and author. He is currently the senior pastor at Bridgeway Church in Oklahoma City, Oklahoma, and was previously a visiting associate professor of theology at Wheaton College from 2000 to 2004. He is the founder of Enjoying God Ministries and blogs regularly at SamStorms.org.

Sam Storms is the author of A Dozen Things God Did with Your Sin (And Three Things He’ll Never Do).

Today I realized that I was sick and very tired of myself. It’s really not disgust or even loathing. It’s more like weariness, exhaustion. I’ve never felt this way. In a strange way, it intrigues me. Could this definite disenchantment mean something spiritual? Does it have value, or am I just feeling self-absorbed or conceited?

There seems to exist a real rigidity to evil, something intense.

I have seen it up close– sin that hardens all who touch it, plain and simple. My growing immobility disturbs me, as I know I’m developing a “hardness of heart.” Atherosclerosis is a condition of a sick heart where arteries become blocked. It’s also known as the “hardening of the heart, or arteries.” It is a patient killer, slowly and surely making hard deposits that block the flow of blood.

The Bible speaks much about having a hard heart.

It also uses the metaphor of fallow ground that must be plowed up. Jesus used the same image in His “Parable of the Sower” in Matthew 13.

There are really only four options.

I have found that my own heart drifts. I myself struggle with a mental illness where my emotions fluctuate constantly. They gallivant around, floating here and then there. I may be depressed and suicidal in the morning, and then I can be euphoric in the evening. It’s having the identity of a “wandering star.”

But I so want my heart to soften. I want to grow. I really do.

I so want to sit with Jesus and hear His words. I need Him to share what He’s thinking about. Yet I know that any sin I entertain has a hardening effect on my spiritual heart. This scares me. But truly he still holds me close, and he keeps his steady loving hand on me. *

Sometimes it’s best to use bullet points; they help me think.

“And I know that nothing good lives in me, that is, in my sinful nature.

But if I do what I don’t want to do, I am not really the one doing wrong; it is sin living in me that does it.”

“How can you be so inconsistent? I feel like there are two ‘Bryans,’ I don’t understand how you can live like this.”

This is what a dear friend said to me recently. I was flabbergasted. I didn’t know how to answer. It was a bit embarrassing, but I couldn’t respond. Later, the Spirit ministered to me while praying about it.

The Lord spoke, “He has no idea how bad you really are. Don’t you dare defend yourself!’

I now realize I should have said this to my friend. “You’re absolutely right, I am a bit of a flake. But you only see the veneer, deep down  I’m much worse than you will ever know. I can’t defend my actions, and I desperately need a Savior. Would you pray for me to work this out?”

The daily struggle with sin is sometimes more visible than we would like. Even as a believer I can and do sin. That should surprise no one, and yet, I am the most surprised when sin inevitably breaks out. (Inconsistency is a factor in Bipolar disorder, but this is more than that.)

I’ve recently realized that in spite of almost 50 years of following Jesus that I’ve sinned more as a believer than I have ever done as a ‘worldling.’ I’m kinda embarrassed by this. 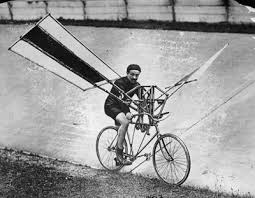 In Romans 7 we are confronted with a man who is constantly disappointed in himself. It can be wrenching to read– partly because it is so real. It describes us too well. At times the Word is like looking into a mirror.

Romans 7 describes what is wrong with us, for we are attempting to keep the law from our own efforts. We slide from grace when we attempt to stand before God in our self-righteousness. (We have a strong tendency to do this at times.)

“We are all infected and impure with sin.
When we display our righteous deeds,
they are nothing but filthy rags.”

We have a problem when our heart doesn’t match our actions. It gets a little hairy when our sin is visible to others. We feel like hypocrites and our testimony is official ‘toast.’

Sometimes, we’re reasonably certain we’ve shamed Christ in some irrevocable way. But do understand a lot of this can be satanic, for he indeed is “the accuser of the brethren,” (Rev 12:10).

Whenever we stand before God, we should never come with our list of great things we have recently done for Him. It won’t be accepted. They are at best, filthy rags. They’re not fit for a King’s court. But yet we keep coming, parading our dirty, grimy rags.

I wonder when we boldly ‘strut’ into His presence if the angels don’t ‘roll their eyes?’

We forget that only Christ’s righteousness is accepted. Heaven is satisfied with His atoning blood that covers every sin. The tension we feel in Romans 7 is there because it turns us away from our self-efforts. Our ‘confusion’ over this chapter indicates the depth of our attempt to be righteous on our own.

“The greatest enemy to human souls is the self-righteous spirit which makes men look to themselves for salvation.”

How to Have a Personal Revival,
Serious Repentance and Restitution, and
Steps to Spiritual Growth.

1) Put yourself in the way of the blessing.

It is a mistake to look for grace to visit us as a kind of benign magic, or to expect God’s help to come as a windfall apart from conditions known and met. There are plainly marked paths that lead straight to the green pastures; let us walk in them.  To desire revival, for instance, and at the same time to neglect prayer and devotion is to wish one way and walk another.

2) Do a thorough job of repenting.

Do not hurry to get it over with.  Hasty repentance means shallow spiritual experience and lack of certainty in the whole life.  Let godly sorrow do her healing work. Until we allow the consciousness of sin to wound us, we will never develop a fear of evil. It is our wretched habit of tolerating sin that keeps us in our half-dead condition.

If you owe a debt, pay it, or at least have a frank understanding with your creditor about your intention to pay, so your honesty will be above question. If you have quarreled with anyone, go as far as you can in an effort to achieve reconciliation. As fully as possible make that crooked things straight.

Repentance and restitution result when we seriously reflect on what God shows us in His Word. What is it of which we need to repent and is there restitution to be made?

“Bring forth fruit that is consistent with repentance [let your lives prove your change of heart];”

My tendency, Lord, is not to take seriously my sin that hurts other people and to leave unrepaired the damage I have left in the lives of others. Make me sensitive, Lord!

Aiden Wilson Tozer was born on April 21, 1897, on a small farm in Western Pennsylvania, the third of six children. And although he would inspire millions with his preaching and writing, he was given very little education during his childhood.

A. W. Tozer was 66 when he died of a heart attack on May 12, 1963. Buried in a small cemetery in Akron, his tombstone simply and appropriately reads, “A Man of God.” He left behind many books that continue to give Christians encouragement and guidance. His writings are as fresh today as when he was alive. His honest and colloquial humor has been known to sweep up congregations in gales of laughter. And his wisdom has left them silent and stunned. For almost 50 years Tozer walked with God, and even though he is gone, he continues to minister to those who are eager to experience God.